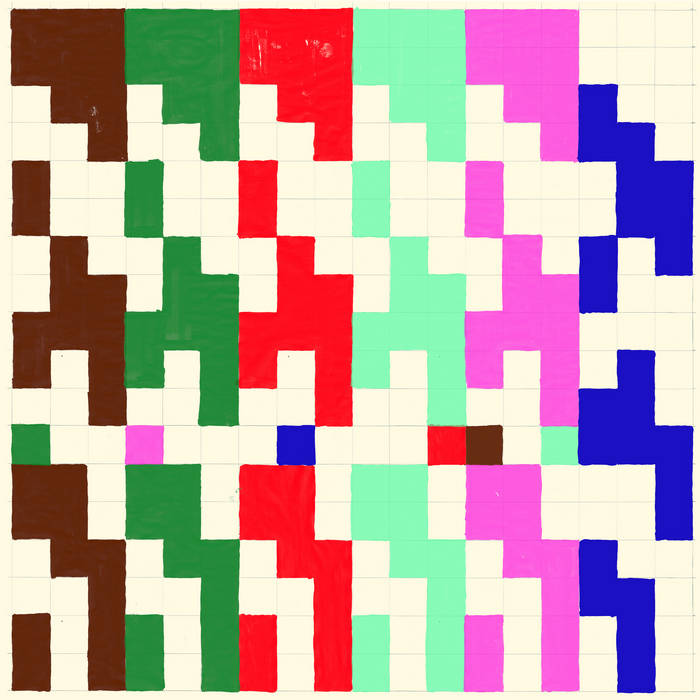 Mike Barzacchini Great live act and I was thrilled to discover their energy carries through on cassette and digital. One of the best surprises for me at the 2017 Hideout Block Party Favorite track: Earth Saw.

Nebse This album is mindmelting. It is absolutely fantastic. A unique mix of african tones, drone and some custom percussion sounds with a little bit extra added here and there.I can't wait to see what these guys are going to do in the future. Favorite track: Beni Said.

robotcat still savoring the rhythm. looking forward to playing it, while making some late night drives down lonely highways. ≈(O.O)≈

Our 2nd LP and first on THIN WRIST Recordings: LP version of WMPPRR available via their bandcamp page (thinwrist.bandcamp.com).

"It’s hard not to slip into ridiculous hyperbole when it comes to 75 Dollar Bill. Best band in New York City? Best band in the USA? Best band in the universe? Whatever conclusion you come to personally, you’re gonna love the instrumental duo of guitarist Che Chen and percussionist Rick Brown. They’ve definitely nailed down a thrillingly original sound, centered around Chen’s specially designed quarter-tone guitar — something about his tone cuts right to the quick, with North African riffs blending into juke-joint boogies into more avant territory. Brown’s impressively minimalist setup (he mostly plays a wooden crate) is a perfect fit, adding a hypnotic thump to the mix. The whole thing is a little hard to describe, but trust me on this: 75 Dollar Bill is amazing. On the band’s latest release, Wood / Metal / Plastic / Pattern / Rhythm / Rock, the group expand the lineup — baritone saxes, droning violas and contrabass — and deliver their most powerful music yet. Things feel a bit more composed and fleshed out as opposed to the improvised feel of some of their earlier recordings, but it works just fine: four mindbending tracks, each one a delight." -- Tyler Wilcox, Aquarium Drunkard www.aquariumdrunkard.com/2016/07/21/75-dollar-bill-wood-metal-plastic-pattern-rhythm-rock/

"...[A] gloriously mind-frying, ritualistic splatter of Zen blues and Arabic and African music-influenced riff-rock repetition that shows Brown and Chen expanding their lineup with sax, violin, bass and second guitar. The sound may be bigger with a sweeter shine yet it remains unmistakably 75 Dollar Bill: epically shambolic, thrifty and jazzy guitarscapes dripping of ecstatic hypnotism." -- Brad Cohan, The Observer observer.com/2016/06/the-best-experimental-albums-of-2016-so-far/

"Whether you’re hearing about them for the first time, or one of the many that have danced at their feet, Wood / Metal / Plastic / Pattern / Rhythm / Rock is a scorching adventure into where Rock & Roll should be. It’s unfamiliar, laden with risk and rebellion, and embodies the cross cultural collision that we should all hold as an ideal." -- Bradford Bailey, The Hum blogthehum.wordpress.com/2016/05/27/on-75-dollar-bills-woodmetalplasticpatternrhythmrock/

"...[H]ere you have them working with other musicians and outboard effects to accomplish a vertical array of sounds that reward deep listening as much as full-body engagement. The riffing exchanges between sax, double bass and viola add layers of interlocking rhythm, crosscutting melody and swirling texture to “Beni Said,” and a laconic, effects-laden trumpet nudges “I’m Not Trying To Wake Up” towards dub territory. Still, the hardest-hitting tune is also the shortest. Brown’s insistent shakers, Chen’s distorted guitar and Carey Balch’s archetypal floor tom beat on “Cummins Falls” reaffirm 75 Dollar Bill’s allegiance to Bo Diddley and confirm their status as the party band to beat." -- Bill Meyer, Dusted dustedmagazine.tumblr.com/post/145859847169/75-dollar