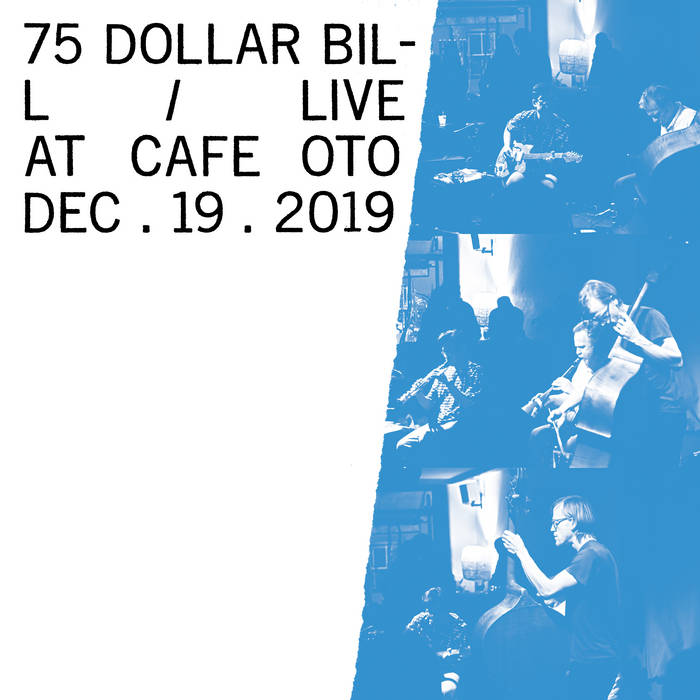 Chris Williams They sound just great in a trio set-up. I can’t think of any other artist or band that can take such a wide range of influences and present a seamless cohesive finished whole. Favorite track: I Was Real pt. 2 (evening, 2nd set).

tabbycatt A vibe like none other. Favorite track: WZN#3 (matinee set).

👽🍹 Very interesting sound in their trio form -it's like The Necks on needlepoint! The first set is very calm, almost ambient. 15 is the highlight with its dreamy riffs that float around the room. The second set is upbeat with prominent folk influence. Has the best recording of W#4, freaky riffing throughout. The last set opens with a 40-minute version of I Was Real that's better than the album track. It's somewhere between La Monte Young, Earth, and Bill Orcutt. W#3 is climatic with fantastic bass Favorite track: I Was Real pt.1 (evening, 2nd set).

When Andrew moved to Berlin a few years back, it was a real blow to the band. He’d been among the first people Che and I asked to join us in our tentative steps to expand 75 Dollar Bill beyond our duo. He’s played with us in all sorts of small, big and bigger bands and he’s a crucial part of our last two albums. Che and I have also been happy participants in a few of his large improvising ensembles, exemplified by _Two Paths with Active Shadows Under Three Moons and Surveillance_ released by the cooperative Sacred Realism°. For me it was a dream come true to sit and play my plywood box next to a contrabass player. That Andrew is a sweet, funny guy and he was into and “got” the music Che and I were making was fantastic - and his big plywood box and mine just made a magical, wooden sound together that still thrills me every time. But he felt he had to get out of NYC, and thankfully he’s found a situation in Europe that seems just great for him, even if we miss him all the time.

Che and I schemed ways to play with Andrew still, whether during his yearly returns to the States or when a trip to Europe could involve extra players. We did a few European dates in 2018 with him and our wives Sue Garner and Talice Lee, and he played a few of our Little Big Band shows when he’d come stateside. We never got enough. When we started booking our late 2019 Europe trip, it was clear we wanted to try and get Andrew to join us. Che put together an impressive run through northern Europe, playing every night but one and even going to places neither of us had been, and happily Andrew was available and up for the adventure. Our scheme was to travel by train, bring minimal gear (although including my half-meter cubed plywood crate) and rely on venues to supply whatever else we needed, including a contrabass for Andrew and amps for Che. The first stretch was in Denmark and Sweden, then on to Germany, France and Belgium, with a 2 set London gig at Cafe OTO before returning home. We knew carrying my crate, Che’s guitars, our clothes and a box of records to sell would be challenging when boarding and exiting trains, but we were excited to give it a try. It tried us!

We all three arrived in Copenhagen separately, Andrew by train from Berlin and Che and I on different flights arriving a couple of hours apart. Andrew went straight to the sweet little hotel we were being housed in for the first two days, and I arrived first at Copenhagen’s airport. After clearing immigration I went to the baggage area to wait for my black cube and the red bag of “merch” I’d brought. After waiting patiently for a while, it became clear there was a problem with the baggage from my flight. I was informed that there was a strike by the workers of one of the few baggage handling companies at the airport and I could not expect it to be resolved until hopefully the next day. When Che’s flight arrived, we learned that it too was collateral damage in the striker’s action. We registered our info with the authorities, were assured that the items would be delivered the next day (our gig day) and we dragged our jet-lagged selves to the hotel for a warm reunion w/Andrew.

The next day it became clear we wouldn’t have the missing items for the first gig. This was a real drag, especially as this had been the first “anchor” gig of the tour and people at ALICE in Copenhagen had helped greatly in making the tour seem a viable reality. Not having my central, essential instrument was not something I was happy about and the absence of many smaller things including my crude horns, shakers and odd mallets was a real problem but I was again assured it would get rectified very soon. The challenge was how to play 75 Dollar Bill music without the crate. Well, drums, I guess… It wasn’t the first time, but please believe me that my plywood crate can not be replaced by a drum set and playing the songs on a normal drum kit (or my own abnormal one) isn’t something I’d like to do with no rehearsal and little time to prepare them to squeeze the sounds we need out. Luckily the venue had a good drum set and some various bits of junk that I was able to fashion into a workable kit for the night and I got some mild satisfaction out of the challenge. There is video documentation of our setˆ and I think we did pretty well. Che was hit hard by this baggage mess, too. Like me he was missing most of his clothes, but also one of his guitars and his saxophone. But we did it and felt okay about it and started very much to look forward to getting our real gear for the rest of the tour. It didn’t go that way.

We spent the next five days doing gigs without a bunch of Che’s instruments - and with virtually none of mine. We had no records to sell and our gear kept being promised but not catching up to us before we had to head on to the next town/gig. Every night kind people lent us drums, guitars and basses and we did our best to make music. But we had planned to work on new material as we travelled, trying out different ideas with Andrew and this had to take a back seat to just getting to the gigs and figuring out how to put the drums together and whether and how to mic the strange (though sometimes very cool) instruments supplied for Andrew. I never had a kit as workable as that first night’s but I made the most of the wildly varying stuff presented. Stockholm and Hamburg offered the most amusing extremes: a tiny kid’s drum kit one night and a super-heavy ROCK set the next. It was an incredible relief to arrive in Berlin and find that most of our items were there waiting for us. That’s right, most. My red bag, with copies of our I Was Real album and most of my clothes was still in limbo. Che and I had been rotating 1.5 full outfits each over the week and I just had to do it for another week. Still, it was wonderful to be able to play my plywood box and plastic funnel horns again.

The rest of the trip was much better musically for obvious reasons. For me, high points were 2nd night in Berlin (to a packed house at KM28) and the small Belgian city Mechelen, where we played to a small but very appreciative audience in a tiny coffee house and bar (Kaffee-Ine). There were good times but bad bass troubles in Munich at the ambitious Alien Disko festival. Crazy audience interaction in Paris where we opened for The Ex (at Les Instants Chavirés) and shared some nice conversations and mildly drunken revels but had to wake early to navigate travel to Belgium during the massive rail strikes of Dec. Although I was feeling a bit under the weather, Brussels and Ghent shows were especially sweet because they brought us back in contact with good old friends we’d been missing…

And then we got that early train to London (and word that the fabled "red bag" with a nice change of clothes and copies of _I WAS REAL_ was waiting for us at the venue)! Che and I had played Cafe OTO three times before, and had always appreciated the relaxed kindness and efficiency of the staff and the attentiveness and enthusiasm of the audiences. Our album had gotten a lot of really nice notices in the British press and we learned that the planned 2 set evening show had sold out already and we were asked if we’d do an additional early set. We didn’t hesitate to accept the offer to play an extra hour, even if we had to repeat a chunk of material. As you may see if you listen, we did our best to make the sets, and the repeated versions of songs, somewhat different. Andrew talks a bit about the music/material below.

The material included here are songs we have played together in many different band formations and situations. Everyone who has ever played them has added to the possibilities of each song. Most of what we played this night at OTO had worked itself into these arrangements over the preceding two weeks of playing with few words on the details directly spoken. I have a memory of Che, but maybe it was Rick, saying that “Like Like Laundry” could start with just box and bass. It was a joy to witness and participate in these little worlds developing over the tour. Listening back to these recordings it is clear to me that by the last date these machines were running on their own. I will note the exceptions: “Water in the Lock” (this was the only time it got played this tour), “Beni Said” (we played it a few times, each time felt like we were starting from a new place rather than developing from the time before), the final version of “WZN#3” (composite energy of weeks of music together? knowing it would be the last time we played together for some months? approaching the same tune three times in one concert? finally getting loose after 2 1/2 hours of playing? probably some combination). As the last WZN#3 was getting underway I was aware of a strange and intense physical sensation. Listening back, a clear hypothesis has formed: it is Sueˇ playing bass not me. I am comfortable not understanding how we did this and am grateful for her company and assistance. It was a wonderful night at OTO. Thanks to everyone for putting themselves into it.

ˇSue Garner is a frequent member of 75 Dollar Bill whose driving electric bass part on "WZN#3/Verso" can be heard on the _Live at Tubby's_ album, as well as the studio version of the song, on our most recent LP, _I Was Real_.
75dollarbill.bandcamp.com/album/live-at-tubbys
www.blackeditionsgroup.com/twq-75-dollar-bill-iwasreal